“Ukraine is in dire need of winter uniforms and gear. We need help to purchase these critical supplies quickly. Every dollar can tip the scale, no donation is too small.“

OUR ASK TO YOU:

Nazar and his team on the ground in Ukraine need specific winter supplies.  Nazar will personally procure and purchase these required items using the funds raised.

Our friend & co-worker, Nazar, left the safety of Canada to make his way to the middle of a war zone in Kyiv to be with his family and fight to help his country in the best way he can, getting life saving equipment and supplies to front-line workers, citizens and families.

Every day, we wait to hear from Nazar to make sure he and his family are ok, and to do whatever we can to help from Vancouver.

Nazar’s journey and daily efforts provide his country with ground aid in the much-needed form of hard-to-get supplies and creating safe-routes to get life-saving items to those battling in the middle of Ukraine. Please… share this story with others and give whatever you can.

All donations are being used to procure and purchase key supplies.

Earlier this year, our co-worker Nazar was in Vancouver, Canada working alongside us. His desk now sits empty as we all await his hopeful return. A return that all of us here know will not be able to happen until this mindless unprovoked war ends. 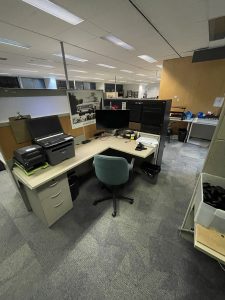 Nazar isn’t “just a team member” at VoltSafe… he’s a friend, he’s a roommate, he comes across as serious but has one of the driest senses of humour we’ve seen.

Despite having just become a permanent resident of Canada (and having very strong, established ties in Vancouver), when the situation with Russia began to look ominous, Nazar immediately booked a flight back to Ukraine to be with his family and support his native country. Mid-flight, war broke out and his plane was diverted from Ukraine to Turkey leaving him stranded and powerless to quickly get to his hometown of Kyiv.

After a challenging and treacherous journey that took almost a week, Nazar made his way to Poland and eventually into Ukraine. He steadily inched towards his hometown of Kyiv, while witnessing the horrors of war.

Driving through destroyed neighbourhoods, hiding out in bomb shelters and just trying to stay alive to reach Kyiv, Nazar has already risked everything just to get to where he knows he can make the biggest impact (he has been enlisted and is helping with logistics for the Ukrainian Army).  He keeps in contact with our team frequently, making sure we know he’s safe. When he is able, he occasionally sends us videos focused on some of the horrific sights he is witnessing. It is a frightening situation, and they need our help.

We, (his co-workers at VoltSafe), his friends, family & everyone in between, continue to gather and send shipments of much-needed supplies through an already-established logistical route into Ukraine. We have had countless friends and family asking how they can help, so this page has been set up to help make a positive and direct impact supporting Ukraine.

These are some of the things he has mentioned they can’t find anywhere in Ukraine right now and could really help the people on the ground there communicate and save lives.

We want Nazar to be safe and ultimately make it back here to his Canadian home in Vancouver and we know that can only happen when the war ends. More importantly, like Nazar, we want to help in a way that has direct and tangible impact.

Funds raised from our page will be entirely invested into purchasing and sending the supplies they need, and any surplus funding (should there be any) will be donated to a specific Ukrainian bank actively supporting the Ukrainian Army at Nazar’s request.

Nazar’s courage and bravery are inspiring to us all.  We want to help our co-worker & friend ensure that the people of Ukraine can once again know peace and democracy, even though it currently feels so far away. Please join us in sharing Nazar’s story and help make the cumulative impact that Ukraine needs.